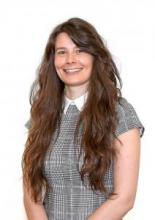 Investigating the impact of nutritional supplementation on cognitive function among individuals with mild cognitive impairment (MCI) in comparison to controls. Given that carotenoids, omega-3 fatty acids and vitamin E are present in brain tissue, and given their ability to attenuate the mechanisms involved in the pathogenesis of Alzheimer’s disease (namely oxidative stress and neuro-inflammation), it is likely that they play a significant neuroprotective role by maintaining and optimising cognition and reducing the risk of cognitive decline. Importantly, previous studies have shown that cognitively impaired individuals are deficient in these nutritional compounds in comparison to cognitively healthy individuals. Therefore, it is likely that specific population groups (i.e. individuals with MCI) will benefit from nutritional intervention. However, well designed and appropriately powered interventional trials are needed to confirm this hypothesis. The Cognitive impAiRmEnt Study (CARES) is designed to answer this important research question.

There are currently 0 users online.

COST is supported by the EU Framework Programme Horizon 2020.